Amuse, The Best of Paris Photo, Brooke Maccord, November 8, 2016
« Living and working in the Côte d’Ivoire, the body of Gbré’s work on display documents the geography of West Africa between 2011 and 2015 – from memories and explorations of post-colonial landscapes, to those that are redefined by current events. His aesthetic examines the evolution of local architectural forms, but has universal appeal. Station CIPD #2, (pictured at top) was taken at an abandoned gas station in Ségou, Mali, but looks like a beautifully coloured monument. »

Blouinartinfo, Christoph Wiesner, November 8, 2016
« Another concern of great importance has been to continue to grow our international representation of galleries. This year, our exhibitors are are 39% French galleries, 29% American, 14% German, and 8% British. The rest are from outside those countries. We now have two galleries from Africa, one from South Africa, Stevenson, which is very well known, and who will be presenting a large show by Pieter Hugo. Now, we also have a young gallery from the Ivory Coast called Cécile Fakhoury and she is showing François-Xavier Gbré, a young artist from her country. So this is also what we are looking for. » 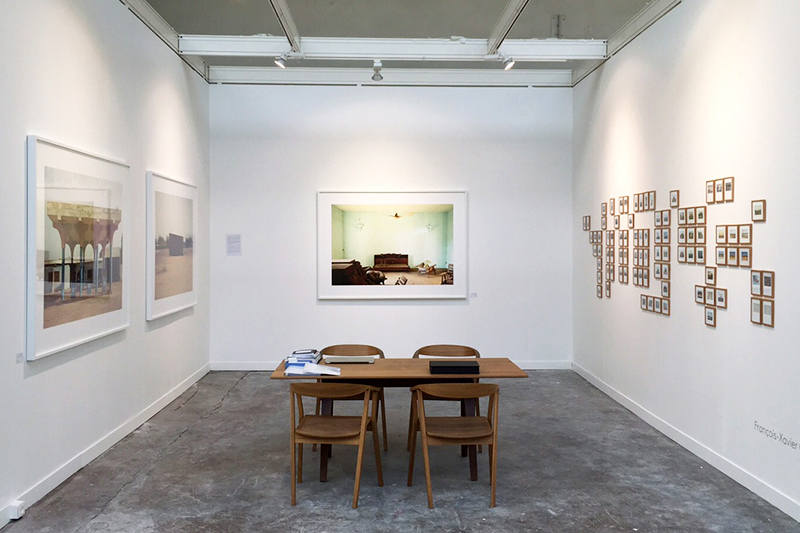